According to Fleck research company data, the number of connectors produced in China reaches as much as 34% of the world's demand. This article starts with an analysis of the characteristics of China's connector market and product structure, points out the future technology trends of the connector industry and forecasts the market trend.

In 2001, the global connector market experienced a negative growth of 18.9%. Its total output value fell from 31.6 billion U.S. dollars in 2000 to 25.6 billion U.S. dollars in 2001. In the world of the connector market downturn, the Chinese market is still one of the best companies. According to data from Fleck Research, in 2001, the number of connectors produced in China reached as much as 34% of the world's demand. Among the connector manufacturers on the market, in addition to local companies, Chinese Taiwanese companies accounted for 37.5%, and European and American companies accounted for 14.1%. As China joins the WTO, more and more international companies will move into China. This shows that China's connector users will have more choice opportunities. This article starts with an analysis of the characteristics of China's connector market and product structure, points out the future technology trends of the connector industry and forecasts the market trend. It is expected that future chip connectors, fiber optic connectors, IEEE1394 and USB2.0 high speed connectors, wired broadband connectors, and fine pitch connectors for various portable/wireless products will be the most popular products.

In recent years, due to the rapid development of the upstream industry of connectors, the potential for the development of 3C industries, including computers, communication products, and consumer electronics, as well as data transmission services in China, is very broad. In 2000, the size of China's connector market reached 7.2 billion. Yuan, an increase of 25.9% over 1999, was only 9.1% higher than 2000 due to the influence of the international market in 2001. Since 2002, the output of China's consumer electronics, optical communications, and network equipment products has increased rapidly, stimulating the development of the connector industry. It is expected that the demand for the connector market in China in 2002 will be 8.8 billion yuan, an increase of 11.3% over 2001. At the same time, foreign and Chinese Taiwanese connector companies have invested and set up factories in China, which has led to the rapid expansion of the connector production scale and the reduction of foreign imports. The resulting scale effect has also reduced the connector manufacturing cost.

At present, there are about 600 companies in China engaged in the production or processing of connectors. The state-owned connector companies are generally not large in size. The scale of private joint-stock enterprises and joint ventures is getting bigger and bigger, and the investment is increasing every year, and they are quickly occupied. A large share of China's supporting market. The overall size of state-owned connector companies is relatively small, and 85% of the employees have fewer than 500 employees. China's labor-intensive products, such as wire harnesses, end pieces, micro switches, power cords, plug jacks, etc., have certain advantages in the international market.

Through the comparison of the data in Table 1 and Table 2, it can be found that the Chinese connector industry has the following characteristics:

(2) The share of production of foreign-funded enterprises has gradually increased, which has led to an increase in exports;

(3) In terms of both quantity and quality, connectors made in China are still unable to meet the demand for the manufacture of electronic information products in China. Some high-end products also rely on imports from abroad. The connector import and export trade is in a deficit state, but with overseas connectors The manufacturing center moved to the interior, and the trade deficit gradually decreased.

The market structure of various connector products in 2001 is shown in Table 3. Specifically, strip connectors occupy the mainstream of the market. In 2001, the output was 1.53 billion, accounting for 31.5% of the total output.

Of the various connectors, optical fiber cable connectors are particularly worth mentioning. Due to China's efforts to develop cable television networks in the past few years, optical connectors generally performed in short supply. After 98 years, due to the increase in production scale and demand of enterprises. The trend weakened and the supply and demand situation turned a corner. With regard to the future development trend of China's fiber optic connectors, it can be described as “volume increase or decrease”. In the past three years, the annual growth rate is generally estimated at about 10%.

The other major development direction of the connector is the connector for mobile phones. At present, the production of mobile phones in China is developing rapidly and the demand for connectors is also correspondingly strong. However, as a new field, Chinese manufacturers are in terms of technical strength and production experience. There is still a big shortage.

The main use of surface mount connectors in mobile phones is a miniaturized, high-density, new connector that is mounted by placement. Each mobile phone needs to use one RF connector and one battery connector. The other connectors are about six, totaling eight or so. The total price is about RMB 8-12. The Chinese market mainly produces products for Chinese Taiwanese and Japanese companies. The demand for mobile phone connector in China is shown in Table 4.

At present, the major export destinations for China's PCB connectors are Europe, the United States, and Southeast Asia. Despite these regions being affected by the economic crisis, China's PCB connector manufacturers still have confidence in the export situation in 2002, and it is expected that the export growth rate will reach 30%. about.

A/V connectors are used in consumer electronics, communications, and computer products. The prosperity of these industries has driven the continued growth in demand for A/V connectors. Its main application areas are VCDs, DVDs, and MP3 players, TVs, and laptops. With PDAs, the demand for digital A/V connectors will further increase.

There are about 500 A/V connector manufacturers in China. The new manufacturers are mainly joint ventures invested by Hong Kong or Taiwan. The development momentum of China's A/V connector industry mainly comes from the rapid development of consumer electronics, communications and PC products. In 2001, due to the oversupply of the consumer electronics industry, production reached the bottom, causing the connector industry to slump. In 2001, the demand for A/V connectors in China was 160 million.

The A/V connector market is rapidly shifting from analog to digital, with applications focused on computers, TVs, VCDs, DVDs, camcorders, game consoles, and speakers. From January to June 2002, the output of color TV sets and video players increased by 36.5% and 21.6%, respectively, which drove the growth of the A/V connector market.

All electrical related products require connectors, and the connector market has a very wide range of applications. Table 5 shows the proportion of connectors in the Chinese market in different applications in 2001.

Among the different areas of the connector, computers accounted for the largest proportion, 43%. 20% of connectors used in communications products. In the next five years, high-speed connectors (such as 2.5Gbps and 5.0Gbps connectors), wireless product connectors (mobile phones, base stations, wireless local area networks), fiber optic connectors, wired broadband connectors, fine pitch connectors (1.27mm The five parts, such as /1.0mm/0.8mm/0.5mm/0.4mm/0.3mm, have the fastest growth. The international average growth rate was 22.9%, which was the most outstanding performance. It was also a product item that most international companies TYCO/AMP, Amphenol, Molex, and FCI paid attention to.

In the next five years, China’s electronic information product market will continue to maintain a growth rate of 15-30%. The general trend is that as time passes, the new growth point will release the driving force of the industry, and the industrial base will increase. The growth rate gradually slowed down.

In general, future business and home data communication needs are strong, various optical communication equipment markets are broad, and fiber optic connectors can maintain a growth rate of no less than 30% per year. The maturity of the home optical network market in 2005 will make this speed continue. enlarge. Another promising product is the chip connector. As it meets the requirements of miniaturization and low cost, the proportion of future chip connectors will gradually increase, and it will be widely used in various handheld and small electronic products. The market for bars, PCBs, and RF connectors has basically kept up with the overall market development of electronic information products, with a slight delay.

With the vigorous development of various computers, mobile communications, notebook computers and PDA products, miniaturization, high density and high transmission speed have become the development trend of connectors. In order to meet the needs of market development, each connector manufacturer in the world has increased its market share and launched its own new products one after another. Among them, substrates with small pitch/micro connectors, high-speed signal transmission connectors, memory stick connectors, and connectors for digital devices are the products that they have focused on developing.

Since the connector is mainly used as a signal transmission, if it can improve efficiency, it will be more able to meet the needs of information products and multimedia products. USB and IEEE1394 are currently the two mainstreams of high-speed transmission on the market.

USB is a unified standard connector jointly developed by Intel, Microsoft, NEC, IBM, and HP and other PC and communication industry manufacturers. It can connect up to 127 computers. USB1.1 has a maximum transmission speed of 12Mbps, and has exceeded the D-Sub connector. The related products can be connected to low speed devices such as keyboards, mice, and printers, which are popular products on the market, and USB 2.0 has been developed. The maximum transmission speed can reach 480Mbps, which has an effect on the development of information multimedia.

IEEE1394 was first proposed by Apple. In 1995, it became the official standard for transmission. Its biggest feature was its ability to support peer-to-peer transmission (Peer to Peer), which means that the main body of the transmission could not pass through a PC, and the transmission speed could be as high as 100Mbps. 3.2Gbps, so the need for high-frequency, high-speed devices are almost all using IEEE1934 standards, such as digital television, DVC, high-pixel digital cameras. Since both USB and IEEE 1394 have different market demands, the future development should be both.

In addition to the above products, the market demand for optical fiber transmission connectors used in WDM and DWDM and small coaxial connectors related to wireless LAN is also gradually expanding.

Overall, China is the country with the greatest potential for connector market development. However, due to the low starting point for the development of the connector industry in China, the weak ability to develop and innovate, and the lag in new technology products, product technology performance, production technology and other international standards. In comparison, there is still a gap of about 5-10 years, and a large amount of demand depends on imports. At present, Chinese companies mainly focus on middle- and low-end products, and they have chip connectors and mini-high-speed connectors that have potential for market development, and few companies can produce them. For example, currently China's fiber optic connector manufacturers mainly use imported or domestic spare parts to assemble. The required investment is small and the process is simple. There are more than 60 enterprises in production, and the supply of products exceeds demand and the competition is fierce. Looking ahead to the future of the connector market in China, Chinese companies can only catch up by accelerating the process of technological innovation and establishing a sound institutional foundation to take a place in the competition.

Can the Moto 360 be equipped with a tall smart watch charger? 需求多元化，连接器创新大比拼 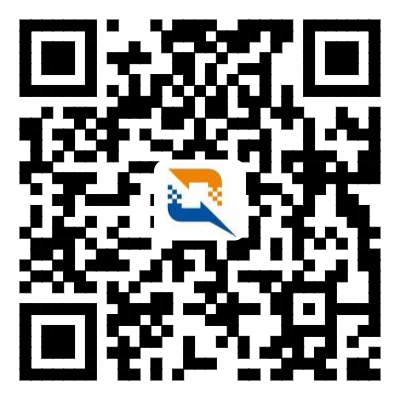